Meta Utopia Builds a Metaverse Community through 3 phases of development.

Meta Utopia is a community-driven project, building the world of Utopia in the SANDBOX metaverse. The recent expansion focuses on expanding the Metaverse Community through 3 phases of development.

It is governed by a DAO, with assistance from 54 city owners and 486 ministers. To grow and educate its community about decentralization, financialization, and fractionalization. The target of the Meta-Utopia is to realize a sustainable virtual ecosystem and create a peaceful environment for all its citizens. For accomplishing the objective, 3 Phases of Development have been planned in the whitepaper as follows:

The first phase is civilization and population growth:

Each of the 54 cities grows its population internationally. The current citizens have roots from countries worldwide, covering the major spoken languages. Every citizen has the ownership of their digital identity, a Meta Pass, in the form of NFTs in their wallets. The Meta Pass is the key to the entire ecosystem, with access to the mining of new tokens, discounts at various merchants, and the first step to joining the mastermind team. 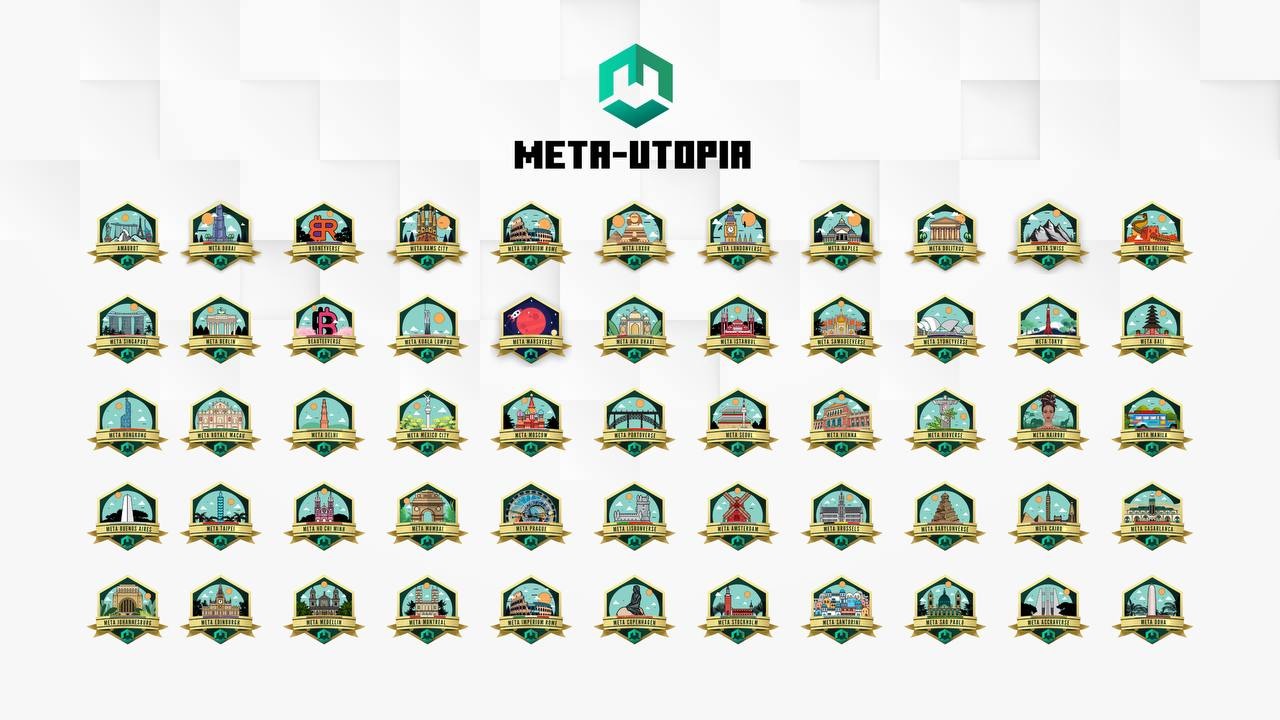 The second phase is the building and development of the capital Amaurot:

This stage is a bridge for real-world businesses to enter the Metaverse.The Amaurot NFT collection (Guardians of Amaurot) and token of the capital, would be launched and the 54 cities would introduce real-life businesses through community voting and NFTs that secures its users advantages in real estate, precious metals and jewelry, luxury timepiece, international travel, and other features. These advantages satisfy the real-life needs of the citizens and create new metaverse experiences.

The third phase is the fractionalization of the cities through Meta Finance:

All 54 cities are open for all their citizens to participate. They can join through the contribution of the BLOCKs NFT when they are building their parcels in the SANDBOX. The launch of their city token follows the completion of each city. It is backed by the businesses provided by their city. When all 54 tokens are launched, the foundation of the Meta Utopia ecosystem will be complete.

Consequently, Meta-Utopia is a global family. Everyone can be part of building this Utopia and be rewarded for their contribution. Meta-Utopians can connect across the globe with SocialFi, collect NFTs and play games with GameFi, learn and earn from DeFi and eventually be the leader, the influencer in their circle.

In addition, the community firmly believes that the fastest way to learn is via practice than theory. The process combines DeFi protocols, DEX, NFTs, and tokens to build an efficient funnel for anyone worldwide to join the community. In reality, holders and users may be divided but united in Meta Utopia. The application for city owners is available now.

Potential users and metaverse enthusiasts must join and build in the community by visiting the following links:

GDCC Team Explain Their Tokenomics Ahead of LBank Listing

AniFi World Ramps Up – Launches ANIFI Token After a Booming Presale on GemPad, Staking and More to Come

Koinswap is launching its own layer-1 blockchain.

3air opens final presale round ahead of token launch, expands partnerships in Africa

How traditional artists are using Web3 to meet new audiences